According to G.F. Smith – YES!

Colorplan has been active on the global market with colourful papers since 1936 and has expanded its colour palette to up to 50 colours, drawing inspiration from the surrounding reality.

Now, in 2017, they had the idea of searching for the most popular colour in the world. This is the starting point for Colorplan’s study of colour – The World’s Favourite Colour Project, published by G. F. Smith – a collection of data that becomes an ambitious report, probably the largest online research ever conducted on the subject, involving users from all over the world.  A total of 26596 people took part in the study in the spring of 2017, which enabled a very interesting data collection that provided significant data.

A survey was created to interactively select the desired color and then a quick form was filled out with the participant’s motivation and name.

The main result was that the most frequently chosen colours were green and blue. 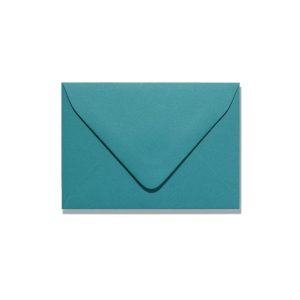 After four months from the start of the campaign and by using  an ad hoc algorithm called K-Means, Marrs Green, a shade of green inspired by the Tay River colour, was identified as the most popular colour in the world, at least like Annie Marrs, a Scottish designer, who defined it and gave it the name.

The colour is calming and relaxing, reminiscent of the ocean and holidays, represents longing and good humour and is unisex, neither particularly male nor female. One also associates joie de vivre and freedom with her.